Get notified whenever we release new tools, reports, whitepapers, and more.

Ramsey Quantitative Systems, Inc. (RQSI), a quantitative asset management firm, has introduced a novel framework for evaluating the attractiveness of the U.S. stock market based on an extension of the Dividend Discount Model, also known as the Gordon Growth Model. The methodology of the framework is illustrated in the whitepaper, "Will the Stock Market Crash? A Modified Approach to the Dividend Discount Model," and can be seen in action through Bear Tracker, a new interactive stock market prediction tool.

“While the reads and the allocations shown from the Bear Tracker tool might be too tactical and variable for most investors, it gives a very good idea of the general risk/reward of being long the US stock market on a daily basis,” said Neil Ramsey, CEO of RQSI. “We built the model to illuminate how we think about modeling within a defined framework. We hope the framework and tool are helpful for investors as they consider their own tactical investment shifts.”

The framework modifies the Dividend Discount Model by rearranging the formula and adding the effect of changing multiples; the terms of the new equation are estimated using a 5-factor framework derived from the factors and trading models used by RQSI’s award-winning Systematic Global Macro program. The resulting output provides insight into the general outlook of U.S. stocks, allowing investors to make small, incremental, cumulative bets that can sequentially cascade into an accurate 6-month view of the market on the whole. 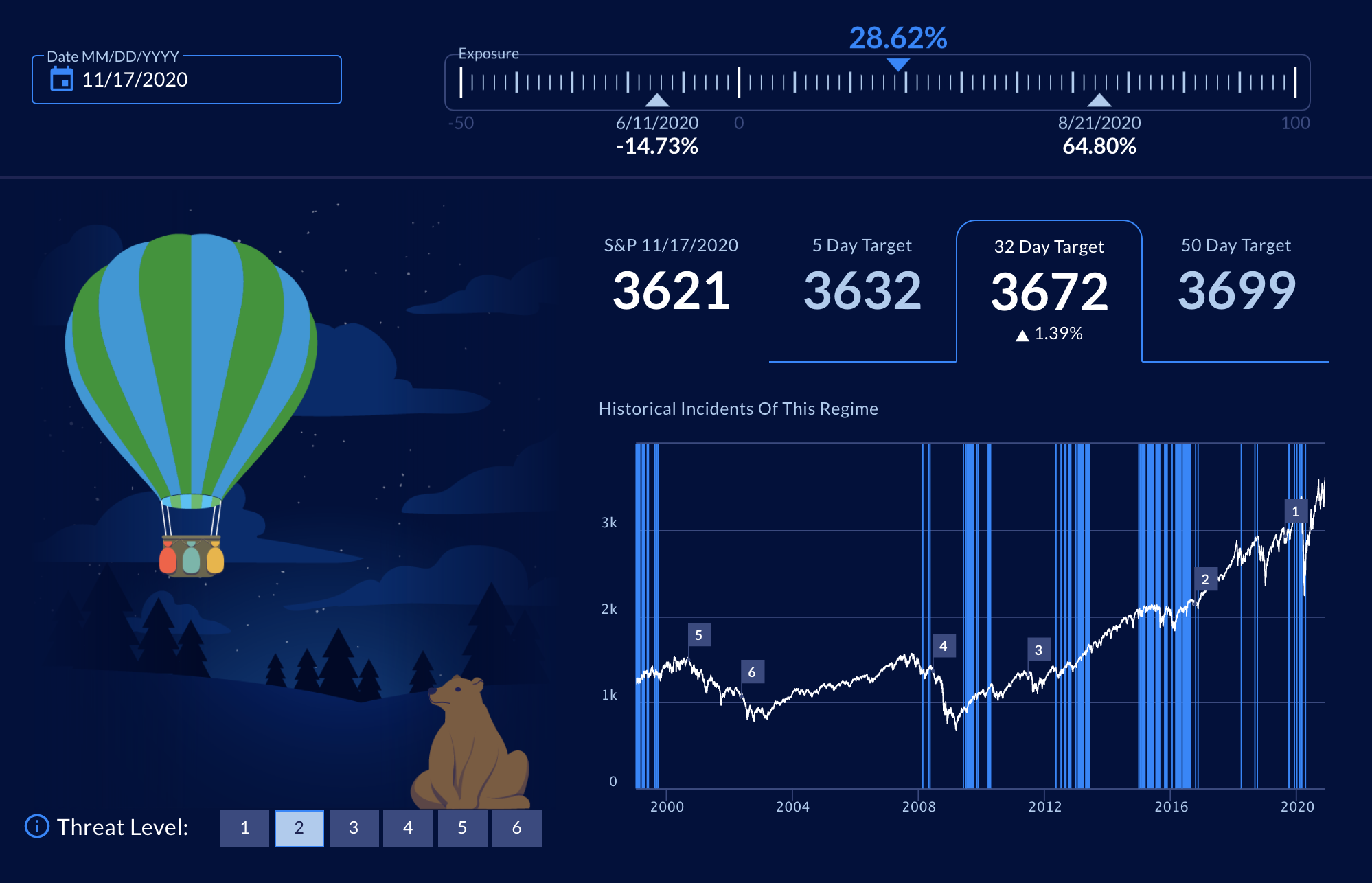 The framework is further expanded through the development of a companion tool, Bear Tracker, that seeks to illustrate the framework through a simple, intuitive dashboard. Bear Tracker provides daily reads on the attractiveness of the S&P500 along with an exposure gauge that indicates what percentage RQSI would choose to invest in the U.S. stock market based on the day’s reads. Users can explore any date from 1999 onward to uncover how Bear Tracker (and RQSI) have reacted across multiple market cycles.

"Like all of the things we build, Bear Tracker is focused on being actionable and practical. The underlying framework is somewhat academic in nature, but the resulting reads correspond directly to systematic trading models and the positions of one of our actual accounts,” said John Ramsey, Portfolio Manager of RQSI’s quantitative investing platform, Qubit. “When a user opens the tool and sees an exposure figure, it's not being populated arbitrarily. 25% exposure means 25% of the dollars in our Bear Tracker account are invested in the S&P500."

Bear Tracker is free to use and available immediately at www.rqsi.com/tools/stock-market-forecaster. For more information on the methodology behind the framework, please read the whitepaper.

Ramsey Quantitative Systems, Inc. (RQSI) is a quantitative asset management firm headquartered in Louisville, Kentucky. Founded in 1986 by Neil Ramsey, RQSI has been a pioneer in systematic trading for over 34 years. RQSI’s quantitative funds have earned numerous accolades including a recent 2019 win for Best Systematic Macro Fund at the HFM Global CTA Intelligence Awards.

I am a snack